ADSL on its last legs in South Africa

Telkom’s latest annual results revealed it lost almost 130,000 DSL customers in the past year, dragging down the operator’s overall fixed broadband base.

Although Telkom does not provide specific numbers for its DSL customers, this figure can be calculated by subtracting the number of fibre customers connected to its network from its broadband subscribers.

Should it replicate that trend in the coming year and a half, it could completely shut down its copper customer base by September 2023.

Copper is rapidly being replaced by fibre as the latter is a faster and more reliable technology.

It is also worthless to cable thieves, which often rip Telkom’s copper network to shreds, leaving customers without connectivity for days and costing the operator billions.

Telkom’s situation would have been much worse were it not for a substantial increase in fibre-to-the-home (FTTH) subscribers — which jumped from 281,065 to 389,109.

Despite gaining ground in the FTTH market, Telkom lost almost half its fixed broadband subscribers between March 2016 and March 2022 — when it stood at 1.02 million.

Telkom’s aggressive fibre rollout strategy only came after initially shifting much of its attention and capital expenditure towards launching a mobile network.

Many analysts questioned why it would deprioritise fixed connections when it could roll out fibre and replace its copper infrastructure for less than competitors.

Competing with Vodacom and MTN is a tough ask, considering they had been in the market for around 16 years by the time 8ta, now Telkom Mobile, arrived.

The two leading mobile networks have also been spending big on network investments, making it difficult for Telkom to come close to competing.

The graphs below show how Telkom’s fixed-line, broadband, DSL, and fibre customers changed in the last six years. 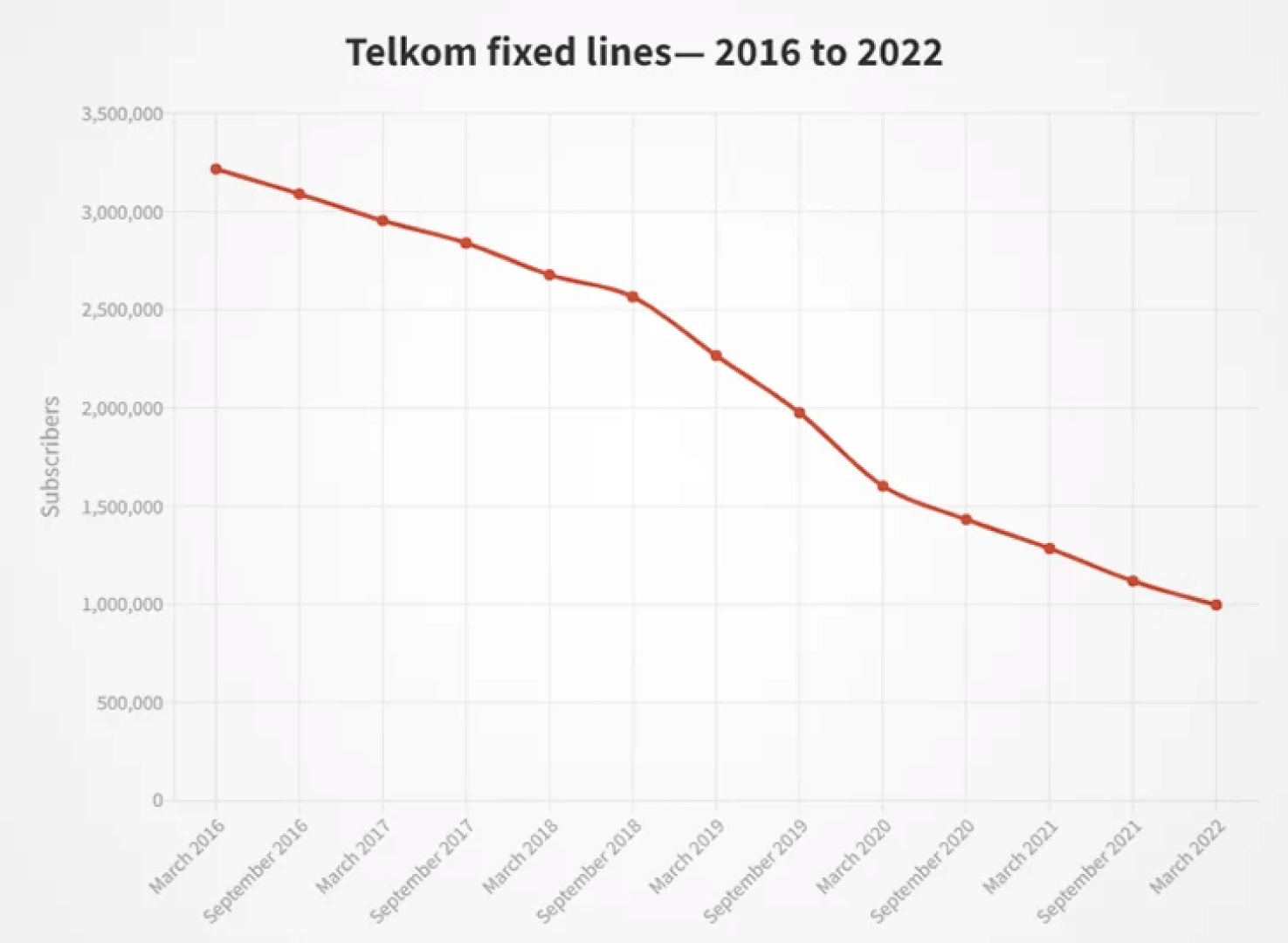 The graph below shows how Telkom fixed broadband subscribers have declined from roughly 1.02 million in March 2016 to 584,189 in March 2022. 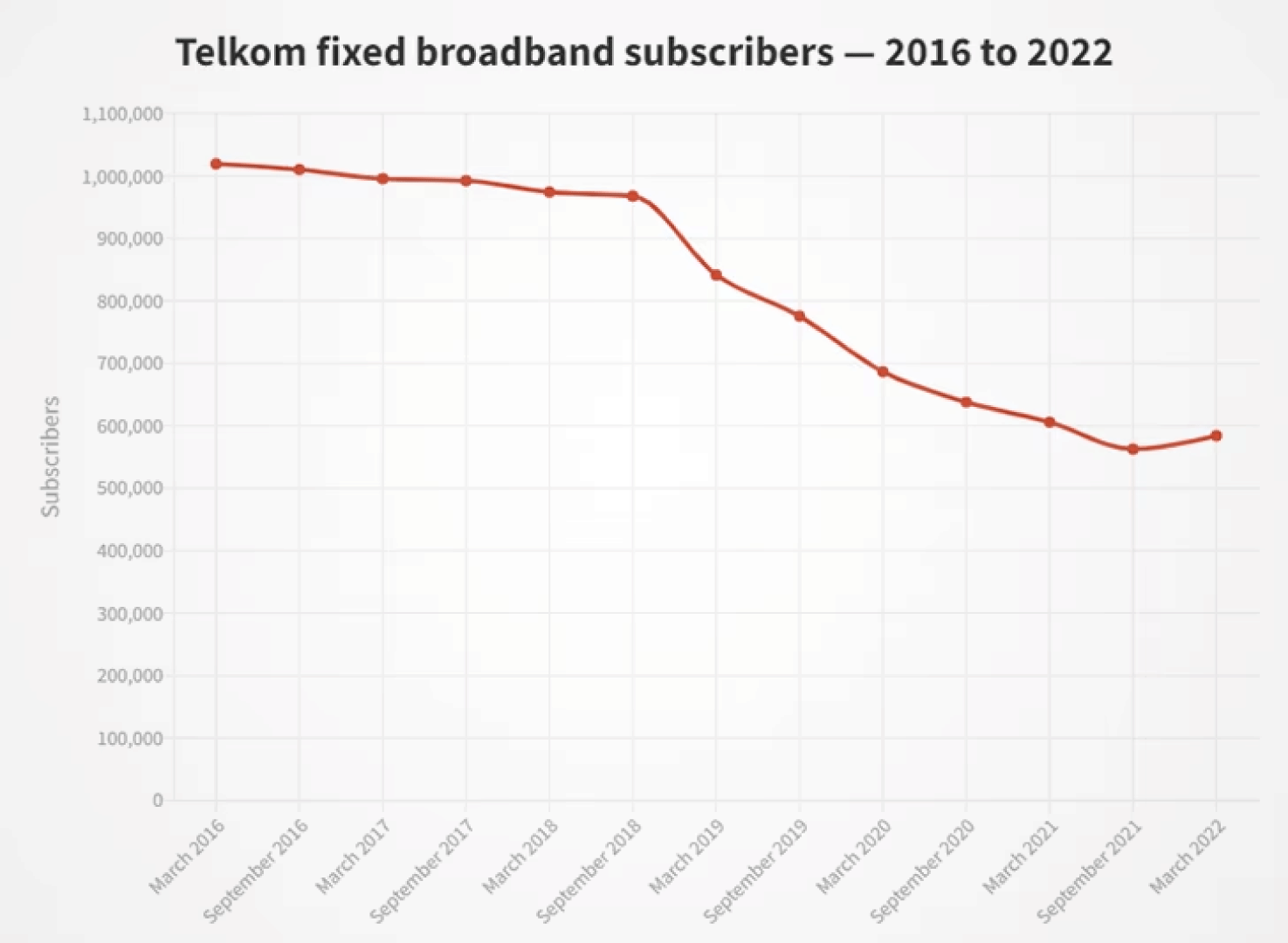 It also contrasts this loss against its slower gain in FTTH subscribers. 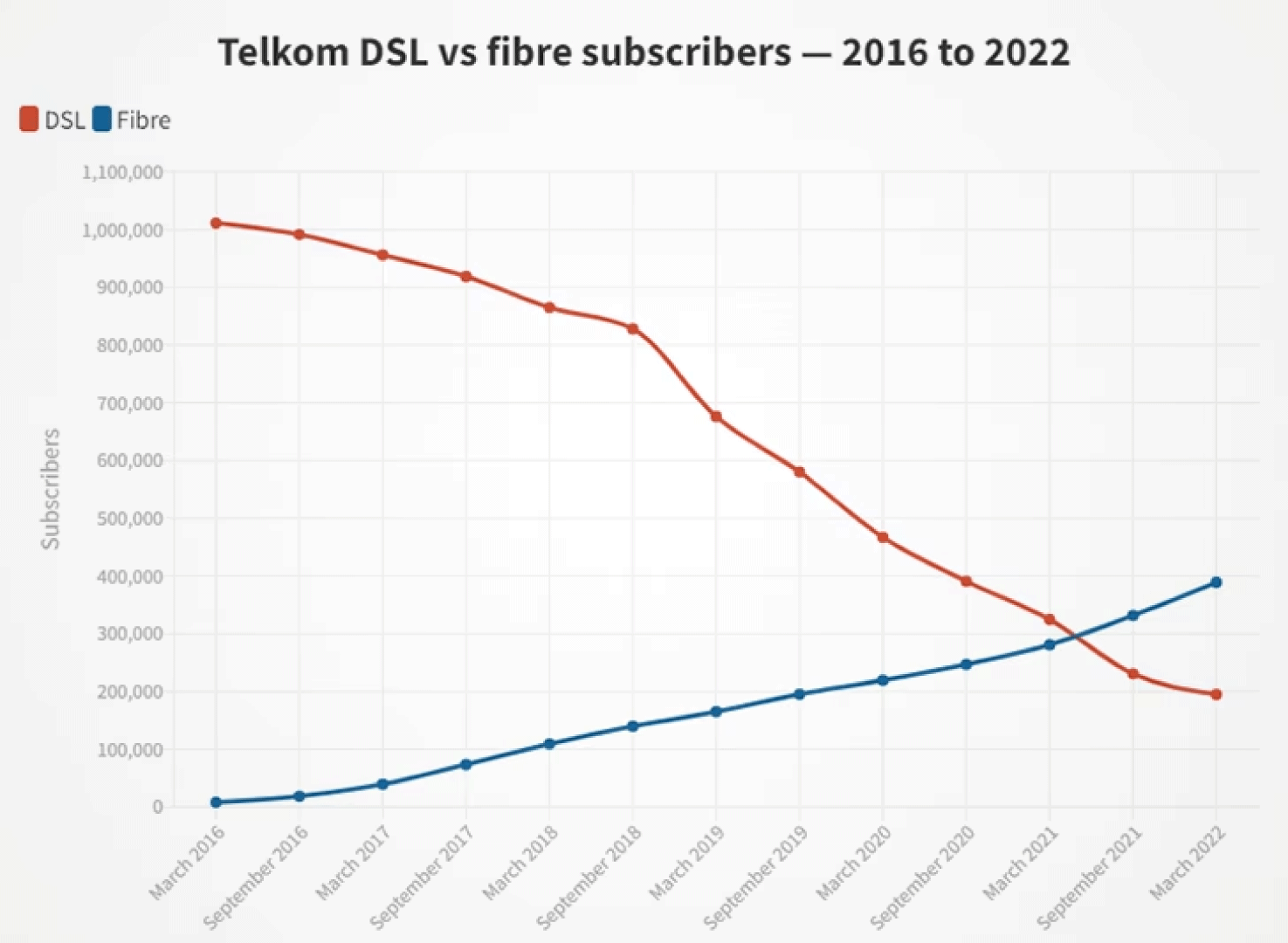